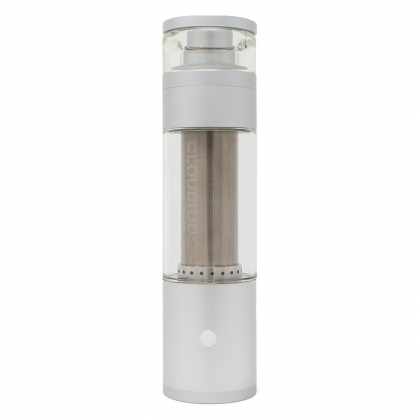 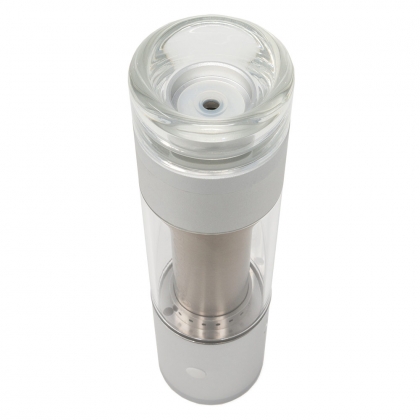 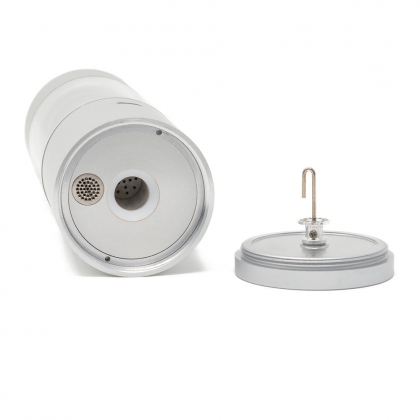 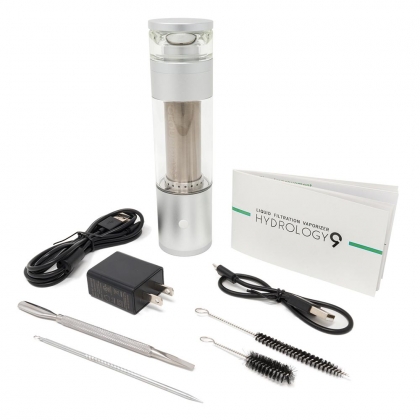 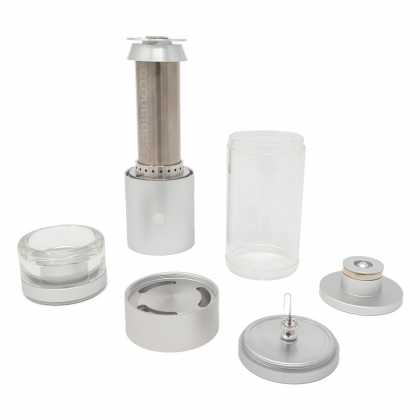 One look at the Hydrology9 and you can tell this device is different. It looks like something HAL might have used in 2001: A Space Odyssey. But the dry herb vaporizer doesn’t deliver space horror. It provides fresh and excellent vapor. All this is possible thanks to a futuristic design that utilizes a leak-proof water chamber built into the body of the Hydrology9. It may not look like it, but the device is simple and has a 2000mAh battery that fully charges in 3 hours.

The Hydrology9 vaporizer is the flagship vaporizer from Cloudious9. First, it is known for being on the cutting edge of new technology. The features they’ve been able to fit into the standard frame of this device are indeed a marvel. However, the greatest invention of Hydrology9 is the leak-proof water tank that cools your vapor as you use it.

Everything about Hydrology9 screams Space Age. The anodized aluminum body looks like it belongs to the International Space Station on purpose, and the glass tank gleams like the windows of a modern-day skyscraper. But the design remains, in every essence, practical. Imagine a straight bong with no odd shape that dangles on the side.

Cloudious9 claims that the Hydrology9 is the first device to feature a built-in water tank; a ball valve is placed inside to prevent leaks. It’s even possible to carry the Hydrology9 upside-down with no worries. The leak-proof container produces and cools down vapor efficiently with an unobstructed vapor path. The fact that they could fit it seamlessly into the design is an accomplishment. Liquid filtration will never be the same.

Cloudious9’s design philosophy is rooted in attention to detail. So, they’ve built a product designed to work for you. They looked at all of the standard features of a vaporizer and made changes based on improving the average user’s vaporizing routine. As a result, they created the stirring mechanism as a patented feature. They don’t want you to flounder with a bunch of herbs stuck on one side of the oven, so they invented the stirring device to save you from the hassles.

As mentioned, the engineers over at Cloudious9 go about their job with the same rigor as a scientist. Consequently, Hydrology9 came about not as just another vaporizer. It may not seem significant, but the device can vaporize up to 0.25g and heats up in under a minute. The Hydrology 9 has five different temperature settings, each of which is assigned a specific color.

In this video, you can see the wonders of the space-age device; Hydrology9. So, be sure to familiarize yourself with its aluminum construction and the revolutionary water tank functionality.

FREE SHIPPING on all orders over $249.99 within USA

❗NB! DUE TO VERY QUICK GROWTH IN ORDER VOLUMES SHIPPING TIMES MAY BE SIGNIFICANTLY IMPACTED!❗

Free Shipping for orders over $300

Free delivery on orders over $49 within the USA

Free ground shipping on all orders within the USA.